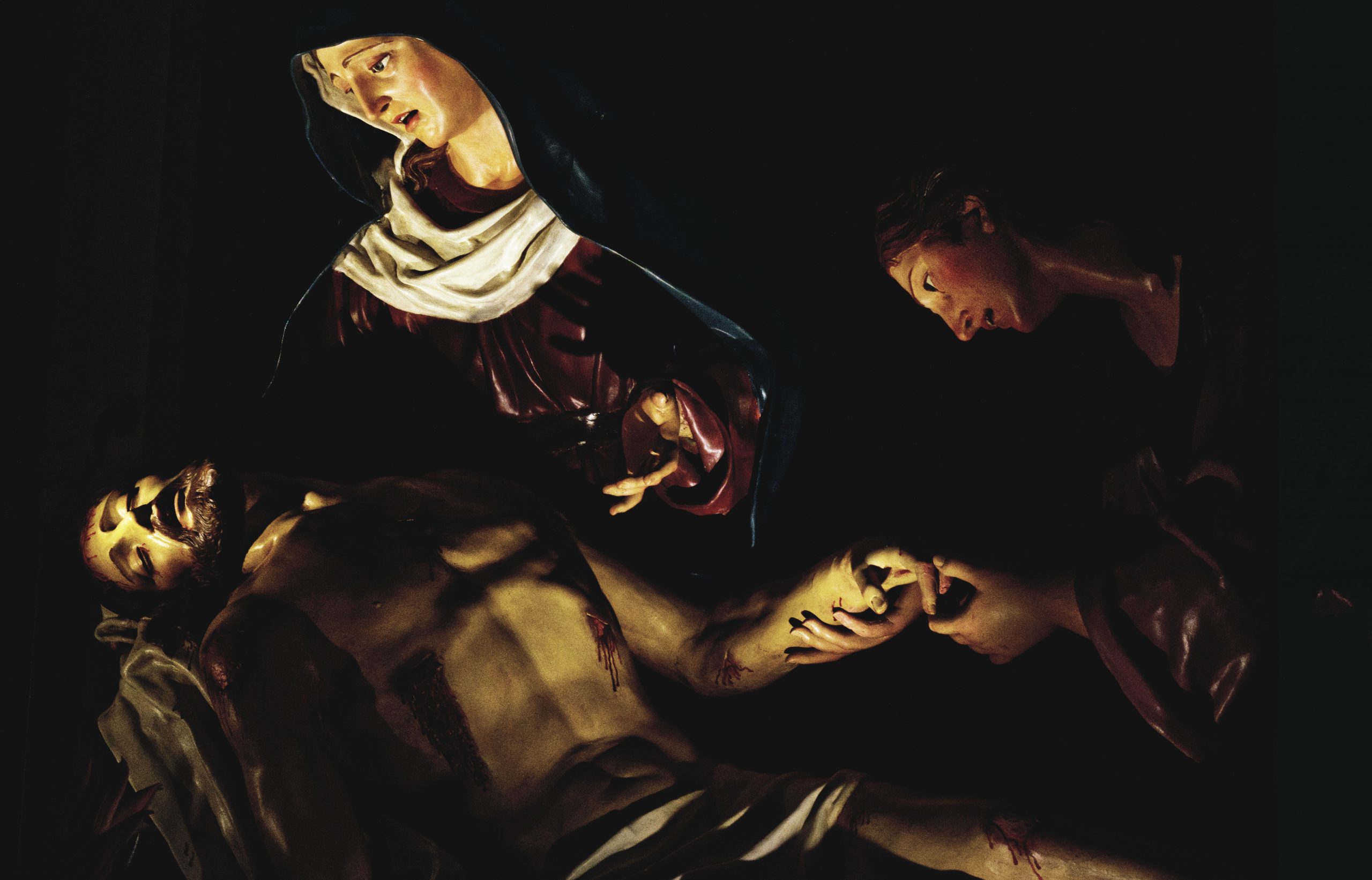 The Napolitan artist is the author, together with his son Vincenzo, of almost the total amount of the sculptorean statues of the Holy Thursday in Caltanissetta, realized among 1883 and 1902. Son of the sculptor Vincenzo and mother Carolina Tugno, he spends his childhood in Naples where he learn theart in his father’s craftwork shop. Searching for furthers orders, he moves first to Cittanova (1864), then to Mussomeli (1873), and finally to Caltanissetta (1886), leaving in every town the “scratches” of his own art. His style appears similar to Neapolitan popular sculpture of late ‘800, full of that expressionistic mark especially devoted to modeling cribs statues.

Son of the sculptor Francesco and Giovanna Allegra, he forms himself in his father’s craftwork shop with whom realizes some of the sacred “Misteri” of the Holy Thursday of Caltanissetta. His Style, going away from the Neapolitan popular art, appears more similar to the academic taste of late ‘800, whose representatives modes, near to the Neoclassic culture, reveal a particular attention to the modeled shape of the figures.